Challenges in the International Challenge

Being able to adjust from the best-of-three matches of live Video Game Championships events to the International Challenge’s single game matches was one of the biggest keys to success. Most Trainers test their teams by battling on the World Championships ladder, but competing in a tournament with single game matches is a different experience. In an International Challenge, Trainers can no longer take solace in assuming they’d win a best-of-three set against that unexpected Z-Crystal, Choice Scarf, or Focus Sash that beat them in practice. They must instead be ready to defeat anything their opponents can throw at them—on their first try—if they hope to finish near the top of the standings. 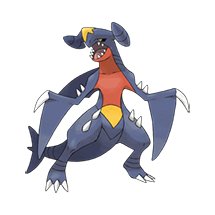 Preparing for an Online Competition doesn’t necessarily mean cramming your own team full of unexpected moves and items. We suggest adapting your play style more than your team. Each loss puts a sizable dent in your rating, so it’s best to play conservatively. Consider facing off against Garchomp early in a match with Tapu Koko and Nihilego on your side of the field. You’re in great shape if Garchomp isn’t holding a Choice Scarf, but you’re in big trouble if it moves first and successfully uses Earthquake. Even though only 22.1% of the Garchomp in this competition held a Choice Scarf, it’s still the better choice to play defensively until you’ve ruled out the possibility of Garchomp holding a Choice Scarf. When the cost of guessing wrong is a loss, it’s best not to guess unless you must.

One of the most important parts of preparing for Pokémon tournaments is anticipating your opponents’ strategies. If you anticipate them playing a little too safely, you can use that to your advantage, just as you would any other strategy. Swords Dance, Dragon Dance, and other moves that increase a Pokémon’s stats can be especially effective against a passive opponent, as can protection moves like Aurora Veil or Substitute. If Tapu Koko and Nihilego both used Protect to learn more about Garchomp in our previous example, Garchomp’s Trainer could potentially take advantage by having Garchomp use Swords Dance or Substitute instead of Earthquake. Many stat-increasing moves are popular in best-of-three matches as well, but they can be particularly devastating in a single game because opponents have so little time to adapt to them. 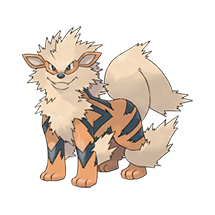 Perhaps the trickiest element of best-of-one play this season is anticipating which of the foe’s Pokémon can use Z-Moves. It’s normally much less clear which Pokémon are holding Z-Crystals during Team Preview than which ones had Mega Stones in past seasons, particularly because many Pokémon are often given different Z-Crystals by different Trainers. It’s vital to make thoughtful decisions against Pokémon that could be holding Z-Crystals to avoid losing key Pokémon early in a match. Be particularly careful against Pokémon such as Arcanine, Tapu Koko, Garchomp, and Tapu Lele that are frequently given held items that require you to come up with wildly different responses until you’ve found out what they’re holding.

Another factor that made it difficult to prepare for this tournament was its unprecedented attendance—116,637 players made the rankings in the Masters Division as they battled for Championship Points and Mega Stones. With so many competitors, this tournament was undoubtedly an exciting introduction to the Video Game Championships for many Trainers. These new competitors brought fresh perspectives on Pokémon battles, leading to many tactics we don’t normally see. A quick look at the Pokémon Rankings shows that players preparing for this tournament as though it was a Regional Championships may have been caught a little off-guard.

While the most frequently selected Pokémon are similar to those from Championships Battle Rating Battles, there are many key differences. Overall, it seems that the more a Pokémon’s role is based on being part of a strategy instead of on its power, the more its usage dwindled by comparison.

Several top performers from Regional Championships saw big dips in their popularity in this competition, such as Kartana, Snorlax, and Porygon2. Meanwhile, several Pokémon that are perhaps popular mostly for reasons other than their effectiveness in Championships Battles rose in the rankings, including Marowak, Tapu Bulu, Mimikyu, and Ninetales. More strangely yet, Primarina made it into the top 30 while live tournament darlings Mandibuzz, Hariyama, and Gastrodon did not. 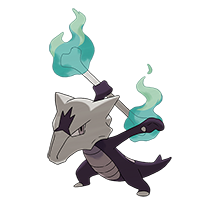 Looking deeper unearths further oddities. The list of Mimikyu’s ten most common teammates doesn’t include Snorlax, the Pokémon it’s most often paired with on successful VGC teams (Hariyama, Magnezone, and Araquanid were also notably absent). Lilligant made the top 30, but it did so without Pom-Pom Style Oricorio, which is normally the Pokémon second-most likely to be paired with it on a tournament team, after Torkoal. Lilligant’s common partners included Baile Style Oricorio instead.

Many moves we’d expect to see primarily from experienced players were also used less frequently in this tournament than in other events. Fewer Marowak were taught Perish Song, fewer Porygon2 were taught Return, and fewer Ninetales were taught Icy Wind. Popular Pokémon such as Garchomp and Tapu Koko, that are ordinarily given one of a predictable set of items, were all over the place in this event, with several less conventional choices each gaining a little popularity.

Despite the relative craziness in the tournament at large, the top teams in the competition looked much like the top teams from a Regional Championships. The reliable Arcanine and its Intimidate Ability appeared on seven of these eight teams, while Porygon2 and Kartana were the next most common with five appearances each. Tapu Lele, Tapu Koko, Garchomp, and the surprising Gigalith were the only others to appear on more than two of these top teams. 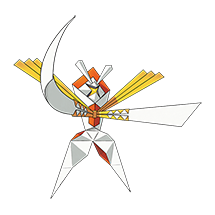 Kartana stands out as a Pokémon that was trained differently at the upper echelons of the tournament than in the field as a whole. Most Kartana that succeeded in live competitions before the International Challenge February were holding Focus Sash (used by 32.2% of players in this competition) or Assault Vest (14%) to make up for Kartana’s low Special Defense and HP stats. The top Trainers in this competition largely went a much more aggressive route. Three of the five Kartana on top teams were holding Scope Lens (0.6%), and one of the others was holding Psychic Seed, an item so surprising it didn’t even make the list as one of Kartana’s ten most common items.

A common tactic among many of these Trainers was the move Substitute. We mentioned Substitute earlier as a great way Trainers can take advantage of the more timid play Online Competitions sometimes require, and it was a notable trend among the top Trainers at this event. More than half of these top competitors included Substitute on their teams. Many of the aforementioned Kartana opted to go with Substitute, likely surprising foes who were anticipating move sets built around Focus Sash or Assault Vest.

The most surprising innovation from the top teams was probably a Mudsdale that knew Mud Slap. A Xurkitree that knew Tail Glow and held a Wiki Berry also stood out, while Calm Mind Tapu Lele and Bulldoze Arcanine seemed almost pedestrian by comparison. Another Xurkitree held an Air Balloon, making Trainers wonder if they should reevaluate the strength of this unheralded item. The most unexpected Pokémon in the top-8 were undoubtedly a pair of Psychic- and Water-type Pokémon originally discovered in the Kanto Region. Both Slowbro and Starmie managed to make the top-8—perhaps their Trainers were a little early for the Kanto x Alola Regional Rumble?

Keep checking back to the Pokémon Global Link for more information about upcoming Online Competitions and global missions. And remember to check out Pokemon.com/Strategy for more Pokémon TCG and video game articles and tournament analysis.